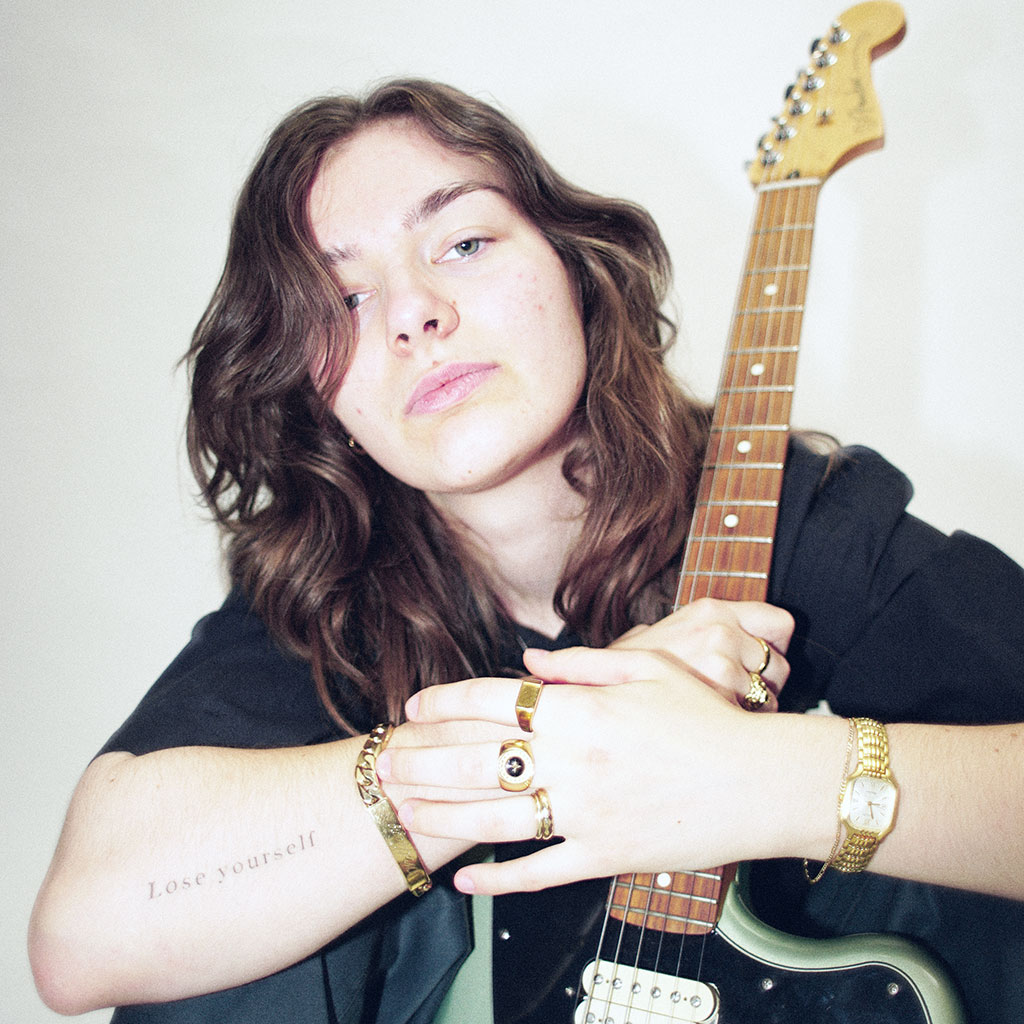 Philine Sonny, whose real name is Philine Bernsdorf, is 20 years old and comes from a small town in Germany. Her musical path began when she sat at the drums for the first time at the age of 10. A short time later, Philine started taking drum lessons and playing music in school bands and the school choir. Within the next 7 years, she taught herself to play guitar, bass and piano, took singing lessons and started writing her own songs. Her interest in music production grew and became a bigger and bigger part of her artistic identity after graduating from high school. In early 2019, her ambition to pursue this activity as a profession intensified and she began to professionalise her songwriting and production process more and more. She finds her sound in modern, yet nostalgic indie with folk and bedroom pop aesthetics. A little later Philine takes part in various newcomer workshops and contests. Here too, she attracted the attention of many people, including A&R's from major record companies, but she decided to take her first steps with the management and indie label Mightkillya, in order to be able to pursue her own vision of her art without compromise. Besides studying music, she spends a lot of time in Hamburg, where she was able to make some connections in the local music scene last year. She supported local artist M. Byrd on bass, guitar, vocals and keys at a number of shows, including the highly prestigious Reeperbahn Festival. Philine sees her artistic roots in classically reduced singer/songwriter music. In her repertoire, however, melancholic indie rock guitars go hand in hand with organic piano parts, driving drum beats with fragile acoustic guitar. Despite the contrasts, the different facets are in no way inferior to each other and find a justified place on Philine Sonny's debut EP "Lose Yourself". Artists such as Bruce Springsteen, The War on Drugs, Maggie Rogers and Bon Iver have influenced her sonically and lyrically. As a sensitive person, Philine draws her inspiration from supposedly or actually inconspicuous stories from everyday life; people from her immediate environment are often part of her lyrics. Although Philine Sonny often tells her stories from a self-critical, anxietyridden perspective of a child of divorce, that isn't all that makes her stories what they are. A critical and naïve attitude towards existing norms and systems has also become a significant part of the creative breeding ground as she has grown up. Above all, however, she tries to take away the fear of losing oneself and finding oneself again.